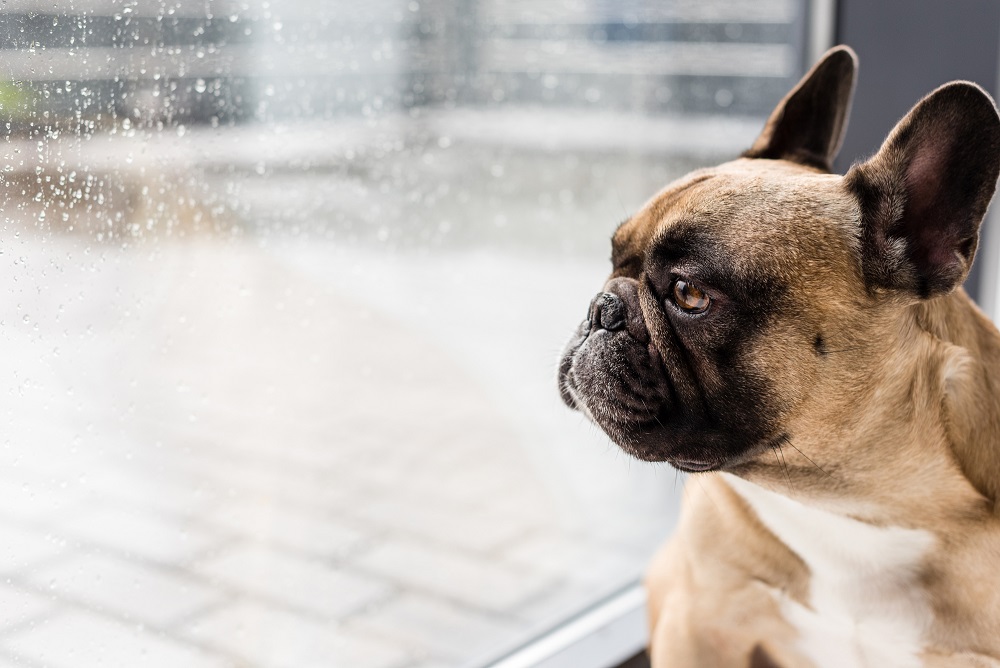 Spare a thought for our pets.

You’re a French Bulldog and it’s not until your human family move to France that you realise you don’t speak French.

You live in hope for their next move.

They decide on Burkina Faso.
“Merde!“

It’s the only French word you know.
You remember back. A young labrador I met in the park taught me that. I think it means ‘Yes!‘

But Burkina Faso is only a two year posting, so that’s okay.

How often do we think about our pets in this way?

They are part of our family and they come with us when we move.

Sometimes a pet suddenly doesn’t appear in the family photos anymore and you know it’s stayed behind with a new family.

Animals are sentient beings and like humans, need to adjust to new locations and new routines. I’ve always thought positively about giving family pets to a new family or equally, taking them with you when you relocate.

They will follow suit and fit in with life wherever, but….. and this is a big BUT…

I now know I was wrong.

They do adapt, but having done 3 years of work for one of the UK’s best animal rescue centres, I’ve learnt about all the subtle layers that we don’t see and maybe don’t want to see.

Animals miss their humans. They get depressed. They are intelligent and need stimulation. Before the rescue centre allows people to become a ‘forever home’ for one of their rescue animals, there is a stringent process to follow.

Potential adopters are often shocked at the in-depth process and that they could be refused.

Do we do the same before we hand over our pets to friends before we relocate to our next posting?

Sometimes, they can’t come with us, but do we understand the needs of our animal enough to make the right decisions about their future home? Can we, if we’ve only known them in our company?

Are you aware of the impact of new surroundings, new noises and new scents – and what they may translate as to your pet?

Will the new family be able to offer as much stimulation or are they out at work all day? Do you know how your animal lives naturally, as apposed to in captivity? Does it matter?

Most parrots pair for life. As highly intelligent social creatures they need the company of other parrots. Keeping a parrot as a pet is time consuming. Humans need to supply the bird with all the things the bird would get naturally. Can the new family do this?

People can also be unaware that ordinary home odours like scented candles, air fresheners, Teflon frying pan vapours and aerosols may also harm parrots. Do the new family know this?

In 2002, the rescue centre I worked for acquired a depressed Amazon parrot, named Peter. His elderly owner had asked that after his death, his much loved bird should live at the centre. Parrots are intelligent social creatures that need a lot of attention. Peter had been with his owner for 32 years and found it difficult to adjust to life at the centre. Thirty year-old Ben, another of their elderly Amazon parrots, was also depressed having lost his female partner. The centre tentatively put them together and within five minutes they were both laughing, shouting and screaming in extreme excitement. They had become their old selves instantly. However, they found that Peter was actually a hen bird and was known as Petra from then on!

Back to the Bulldog

I started out making jokes about the French Bulldog, but I’m kinda serious too.

I think we can take it for granted that our pets will cope. We worry about the flight, especially if it’s a long one, but as long they can get to us, then it’s all okay right?

Who knows what all the new smells mean or what the new next door poodle said when it walked past?

I think we need to think about our pets in the same way that we think of our kids settling into a new school.

Makes allowances for nervous or poor behaviour and the ubiquituous accidental poo.

Buy the shirt and mug and welcome Cooper into your home.