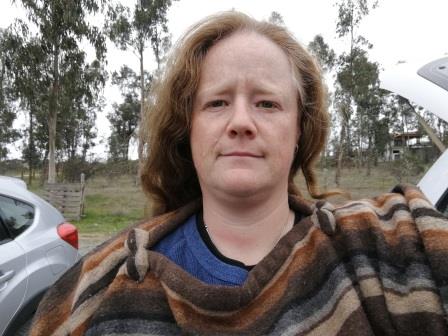 The loss of a loved one hits you like a cricket bat.

Square in the face.

It’s multilayered at the best of times, but your best coping strategies are well and truly stretched when you live in another country. The distance between your souls is far apart, but you hang on to the knowledge that you will see each other again.

…and that’s before death hits.

You can cope with the distance, because you talk regularly on the phone, exchange emails and know that when money permits, you can travel to see each other.

There’s always that future time when you know you can sit in the same room catching up in a way that phone calls never seem able to do. Reminiscing with each other – enjoying the sound of their laugh or the wry look they give you. Each facial expression reminds you of another time that you managed to share special time together.

You learn to live with seeing each every 2 years, or once a year if you’re lucky. So you make it really good when you do.

And best of all, you always know that there will be next time.

My father died 4 months ago and I still feel like I’ve just been hit with that cricket bat. It’s not such a fresh wound. The bruises have gone. I now look like anyone else, but my eyes still water with the pain. Cricket bats are painful bastards.

Now, my comfort comes from a picture by my bed, a jumper and a poncho.
Some days, just knowing the poncho and jumper are there, is enough.

Other days, they need to be smelled and his photo touched – my fingers trying to remember how the lines on his face moved when he laughed or how his beard felt on my neck when I hugged him.

THIS is why I’ve been quiet on here.

Hibernating has been essential. No, actually,

I was lucky enough to be able to rush to South America where he lived to spend time with him before he died. A surreal time with loss and liminality using each other to balance.

I think they knew each other well.

She knows that I was wary of her, but also that she would need to become my friend soon enough. We danced around each other, eyeing one another for 12 days.

We didn’t speak much.

‘Liminality’ on the other hand was more of a friend to me in that time.

She was quite down to earth, but kept disappearing on me. I didn’t know where she would go, but every time she did, Loss came forward trying to sneak her way into the room.

Once she even picked up the cricket bat by the door, but put it down again when I looked at her.

I knew I was only putting off the inevitable.

And the inevitable came after I’d flown home.

To experience 5 significant deaths in 4 months has felt more like a round with Mike Tyson, than a cricket match.

It’s probably not a surprise to learn that I’ve decided to not play cricket for a while.

I’m happier at an away game drinking tea, watching from afar…..at least until my injuries heal.

If the captain asks me if I want to play again, I know what I will say.

“Yes, but as long as my dad can watch over me from the sidelines”