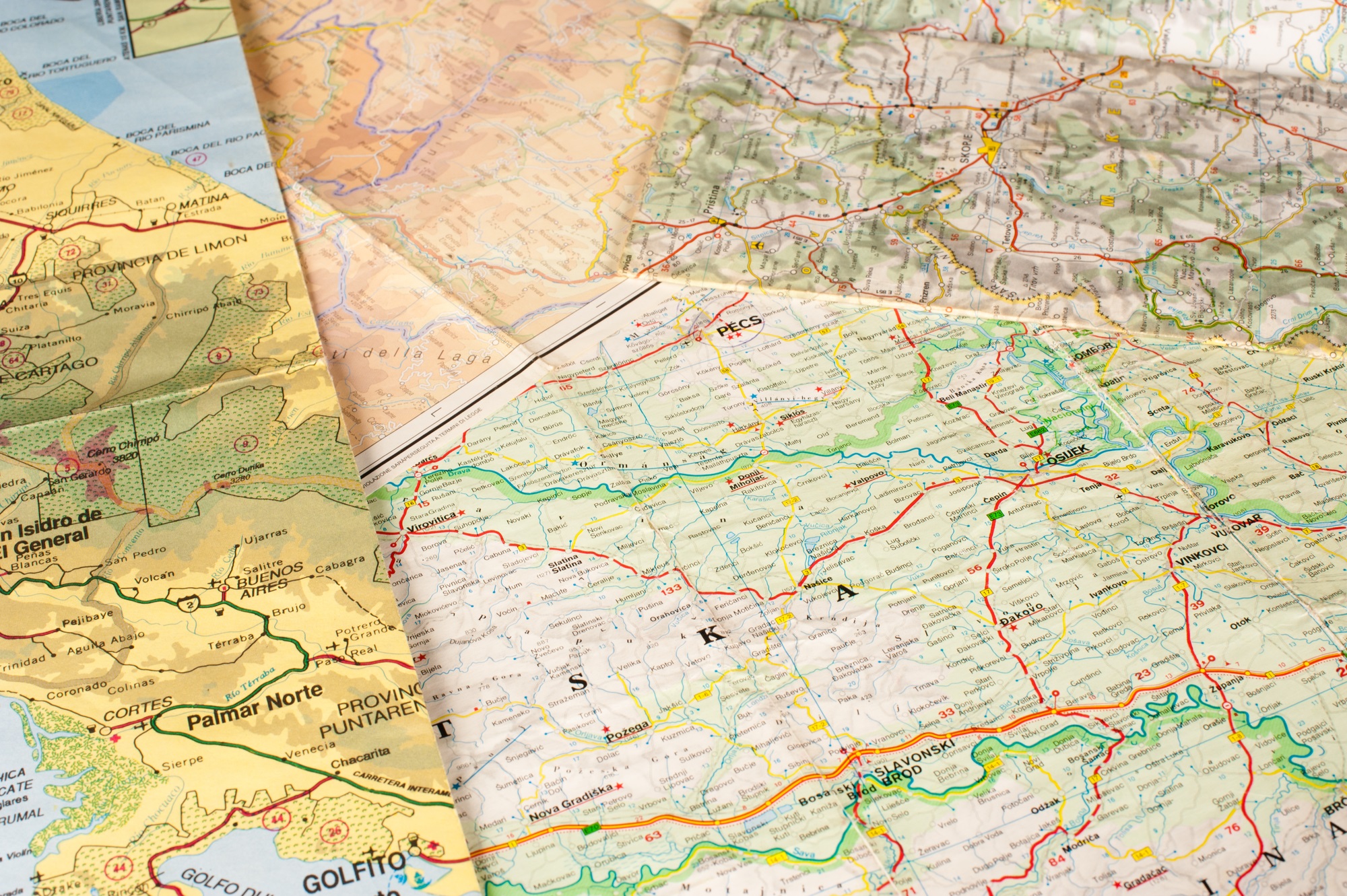 That’s quite a phrase isn’t it?

There’s a delectable sense of discovery and anticipation held within those few words.

Spoken by Richard Glover in his book, George Clooney’s Haircut and other cries for help, this phrase really struck me.

I guess it summed up everything I’ve always thought about maps.
Having trained as a landscape architect, much of my university life was spent designing and exploring the world through the aerial perspective.

For most people maps are for planning holidays, or the car trip discomfort.
I’m sure that many couples have nearly reached divorce because the chosen ‘navigator’ has misread the map or the vital road intersection happens to land on the map fold – the same fold that has now turned into a hole on the paper from repeated foldings.

Perhaps the introduction of GPSs has saved many a relationship?!

To me, there’s a beauty to maps.

As you trace your finger along the roads, you begin to imagine what each place looks like; the place names conjuring up images in your mind. Half the fun of planning a holiday or an overseas trip is in the preparation; pouring over a map before you leave.

Mount Misery and Lake Disappointment so acutely describe the state that British explorers found themselves in hundreds of years ago. Yet, Anglo names do nothing to describe the massacres, traumas and desecration of the local indigenous people who called and still call these places home. Other names written out of history.

As artistic masterpieces, maps can be exquisitely detailed and take you on a journey through the creative mind of the artist.

Other maps allow you to explore communities that once lived.
Personally I really enjoy looking at the old parish maps.

Then there’s simple mud maps, drawn quickly to help a friend find your house in the countryside.

‘Mud maps’ reveal much about the creator. In an attempt to help you find the destination, the creator includes prominent points of interest – defining locations to help you on your way.

But it’s not simply a map.

It’s a code that reveals more about the individual than we might realise.

I notice natural features; the trees, the rocks, watercourses as well as the absence of such soulful features. I love trees – everything about them. So for me, my mud map might describe the road turn-off by the enormous Eucalyptus that stands on the corner, the trunk that glows brightly at sunset.

Other people might instead, notice the new brick house on the same corner, its double garage and carport featuring prominently – something which passes me by.

And so in using someone else’s mud map, we follow their journey and gain an insight into their loves, their interests and their life.

As Richard Glover says about maps, ‘they’re an open invitation’.

It’s an invitation to find out more.