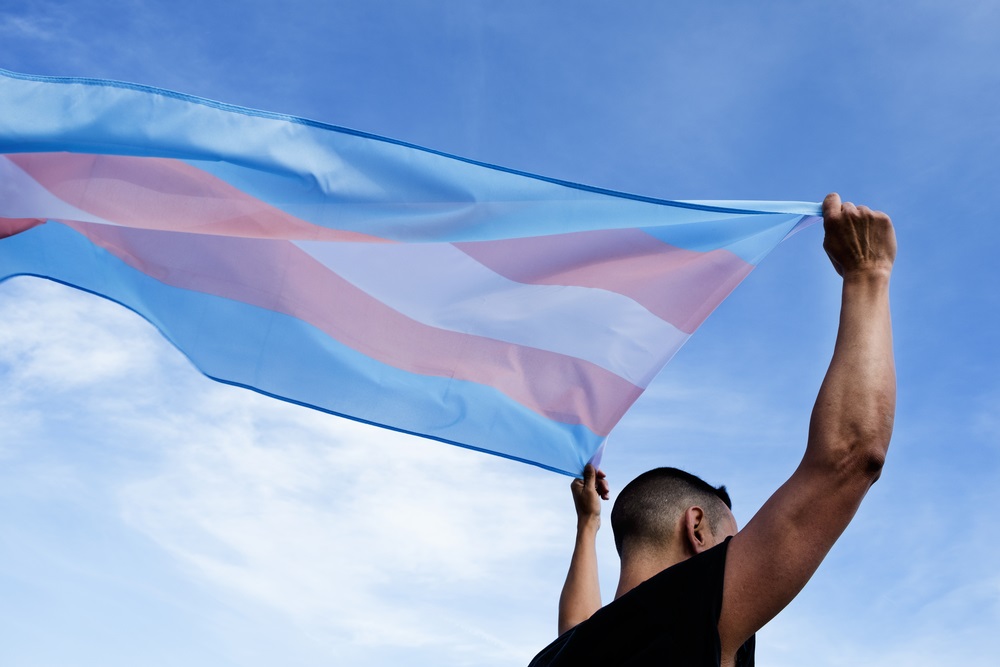 “In our culture we respect the person, regardless of the look. We don’t look on the outside. It’s the inside.”

These words were part of a conversation with 5 Tiwi Islanders – all transgender women, about whether or not they’ve had ‘bottom surgery’ (also known as gender reassignment surgery).

It’s a common question. Why it’s anyone else’s business still flummoxes me, but for many TERFs (Trans Exclusionary Radical Feminists) it seems to be all about the male ‘member’ and primarily, the fear of its use in predation. One of the Tiwi Islander sisters, (the way they refer to themselves), goes on to say “it’s just there for decoration”.

This is the BBC’s series, ‘Miriam Margoyles – Almost Australian‘, in which Margoyles, a British actress and new Australian citizen, takes a 2 month journey around Australia to find out what it means to be Australian.

She doesn’t hold back. The conversations are fantastically open and honest.

In broader society the concept of ‘decoration’ versus predation creates an instant clash. One group sees it as a weapon, whilst for the other, it can be almost immaterial to their internal identity.

Margoyles continues, “Crystal tells me, the Tiwi Islands are home to Australia’s largest per captita transgender population and they have been part of the community, its life and traditions since time immemorial“.

THIS is significant and one of the reasons I decided to write this blog.

So many people think that being transgender is new. It’s not.

Over this last weekend I’ve been involved in lengthy conversations on Facebook about transgender people. There is so much misinformation and fear out there and where possible I try to counter the opinions with more factual information.

Knowing that I do “Talk-Back Tuesday – a live session on Facebook where I answer questions about LGBTQIA+ stuff, a friend tagged me in a conversation on a mutual friend’s page – “Get in here Cath Brew”.

So I got in there.

My preferred way of writing includes calm polite conversation no matter how ‘expressive’ the other parties get. I’ve learnt over the years that they expect a fight and they come out fighting very early on – mostly because that’s what they get back. This is the issue with discussions around trans issues. Debates become toxic very quickly and often end up with participants slanging insults at each other.

Whilst our views may differ, I am proud that two of them thanked me for my kind and polite comments.

If I’m sarcastic back or equally ‘expressive’, no one wins.

So why write about it here?

Because on Sunday afternoon as I was driving home I passed a transgender woman we know. She was glowing from the inside out as she walked in the sunshine. I smiled, but was reminded of the times I’ve heard her talk about being hassled, about being threatened and of seeing her standing alone in pubs with no one talking with her. So I write this for her and every other trans person.

I want her to be seen and not feared.

I want all trans people to be supported and not subjugated.

Much of my work with Drawn to a Story is about ‘centring the margins’. By illustrating the experiences of marginalised people, I hope to create safer spaces.

In continuation of the weekend’s Facebook discussions, here are some clarifications of common myths about Transgender people.

Being Transgender is not a mental illness

Gender dysphoria is not a mental disorder. Some people however can develop mental health problems as a result, particularly because of how society may treat them.
https://www.nhs.uk/conditions/gender-dysphoria/

Pedophilia has nothing to do with being transgender

Foucault’s queer theory is often quoted as ‘proof’ that being queer and that the + in the acronymn LGBTQIA+ includes pedophiles as it’s different to the hetero binary social norm. Firstly, a theorist does not define our lives. I think it is worth considering that a theory is just that, a theory. Other queer theorists speak differently, yet focus is always brought back to Foucault. It bothers me intensely that pedophilia is again linked to our community. It becomes a biased generalisation. I think Foucault’s theory feeds into unconscious bias and proves the whole point that queerness is ‘othered’ by the dominant heteronormative society and therefore demonises genuine queer as a result.

The + does not include pedophiles. Most pedophiles are actually straight, so why are they lumped in with the LGBTQIA+ community? This is my problem. Queer is different than, not ‘deviant or deviant from’. The + can also stand for straight allies, but no one ever links the straight part to pedophiles. It’s always linked to our community and spread with motives behind it. The propaganda used to be that gay men were all pedophiles, now it’s trans people. It just shifts to whomever is deemed the weakest link. Please don’t confuse pedophilia with being queer and/or transgender. We have a hard enough time without this falseness being added to us.

Being transgender is as old as humans have existed. It’s not new.

Many people assume that being transgender is a new trendy thing and that society has only ever had two genders. My first comment is always, “Which society are you referring to?”

Trans people have always existed, just like Crystal the transgender Tiwi Islander woman expressed. There are also gender queer and different relationships in the Bible, but that’s a WHOLE other topic.

Franciscans in the 1650s talked about men and boys who dressed like women in Pakistan. The ancient Kama Sutra talks about sexual acts being performed by women of a third sex. The Hijra in India are one of the oldest non-binary identities, despite the British trying to ‘erase’ India’s third gender.

In Native American nations, ‘two-spirit’ people represent a third and fourth gender and in some nations, up to six genders. They are the healers, visionaries, and medicine people. “Amongst different Siberian nations (tribes to colonialists) one finds a variety… men taking on womens roles and tasks, wearing womens clothes, marrying a man or woman. Same with women.” (taken from a personal conversation with a Tuvan shaman)

It really isn’t new. It’s just that people talk about it more.

All human embryos, as do all mammals, start as female. Around the 2nd month, maleness develops (if it’s going to). With the enormous range of differences we see in medicine, it’s only natural that the same happens with gender, and therefore natural that crossovers occur.

There’s so much more I could add here, but I’ll leave any questions you have for “Talk-Back Tuesday.

You can ask your questions anonymously here or ask them on the Facebook Live at 2pm BST on Tuesdays.