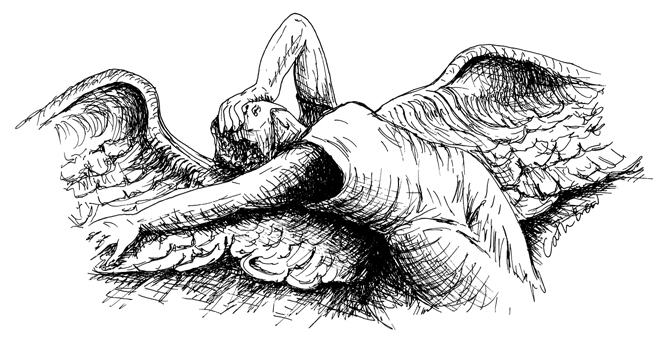 EVERY. SINGLE. TIME.
Every single time we lump people together, humanity takes another hit.

We lump.
We like to lump because it’s easy.
We lump people together as though we’ve grabbed a bag of oranges and chucked them into our grocery trolley.

A bag of oranges here. A packet of dates there. A box of biscuits.
Different food groups, but all the same within their collective packet.

It’s the reason that supermarkets, haven’t offered (until recently) imperfect fruit and vegetables. We like symmetry and we like to lump together.

We like to lump together when it comes to people too.

It’s easy isn’t?
But have you noticed that we only do it when our words have derogatory intent?

When was the last time you heard someone say,
Oh that’s so typical of women to be amazing at juggling family life and work?
or maybe,
Typical men, they’re so good at raising their kids.

Me neither.
We lump together and generalise when we want to slag off or have our misguided judgements confirmed.

Oh yeah, but that’s not always the case I hear you say.
I wouldn’t say that because some guys aren’t great at raising their kids.

You’re right, They’re not, but I challenge you.
Do you afford the same positive variations and distinctions when generalising in a derogatory way?
Do you say, Ah, typical men! or do you pause and say, that’s so typical of a certain type of man?

I feel fairly helpless in my ability to affect change. I speak out when I can. I’ve been described as difficult for doing so, BUT:

I have to. I find myself thinking of beautiful moments I’ve had in mosques, of visiting Syria and never feeling so welcome in a country as I did then, of Muslim friends, of reading about women having their hijabs ripped off in the street by strangers or the increase in racism after the Brexit vote…..

and I know that however helpless I feel, I am always in a position to do something positive.

Inclusion and Being a Friendly Face is Not Hard
It’s not till you see someone else’s every day, that you realise the reality of why we need to reach out.

On one of my last trips to the USA I was standing in a slow security queue at an airport. People were starting to get irritated at the delay. The security team were being extra thorough on one person. A muslim woman and her 3 year old child.

People smiled as he played behind her, leaping onto anything he could climb, but at the front of the queue you could have cut the air with a knife. The security guys were doing their best to be polite, but there was a massive elephant in the room, stomping down the conveyor belt.

I swear I heard it blow its trumpet, at least twice. Once when they insisted on putting the woman’s bags through the scanner for a third time and again when they offered to repack her now completely jumbled bags. She fought back tears as she grabbed her bags; all her belongings falling out. No, I’m okay. I’ll pack them myself, she said, clearly desperate to get away from the public spectacle.

It was awful to watch. We all knew why she’d been stopped, but no one said those words…. Muslim woman.

A few minutes later I was in the toilets and realised she was there too.

Excuse me, do you always get that level of detailed checks?

That broke me.
I placed my hand on my heart and through tears said,

I’m sorry that you have to deal with that. It’s not right.

You shouldn’t have to put up with that. I’m so sorry and for your children to see it too.

I’m used to it. It happens all the time.

By now she was crying too. She leant forward to hug me. There we stood in the bathroom, two strangers in tears, hugging each other.

And the incredible thing…?
I spoke to her to give her comfort, but in reality she gave me comfort. That experience of ‘other’ was new to me. THAT reality check of someone else’s life.

How is it that we’ve got to the point where the victim is the one who reassures the privileged? And because they are so used to being treated as ‘the other’, it’s become their normal.

That frightens me.
I do not want to live in that world.

So I’m making a plea. I hope you’ll join me.

Next time you go to generalise, please think of the woman in the toilets.

Please think about the personal impact generalisations have on her and her son – the new generation growing up knowing they are ‘other’.