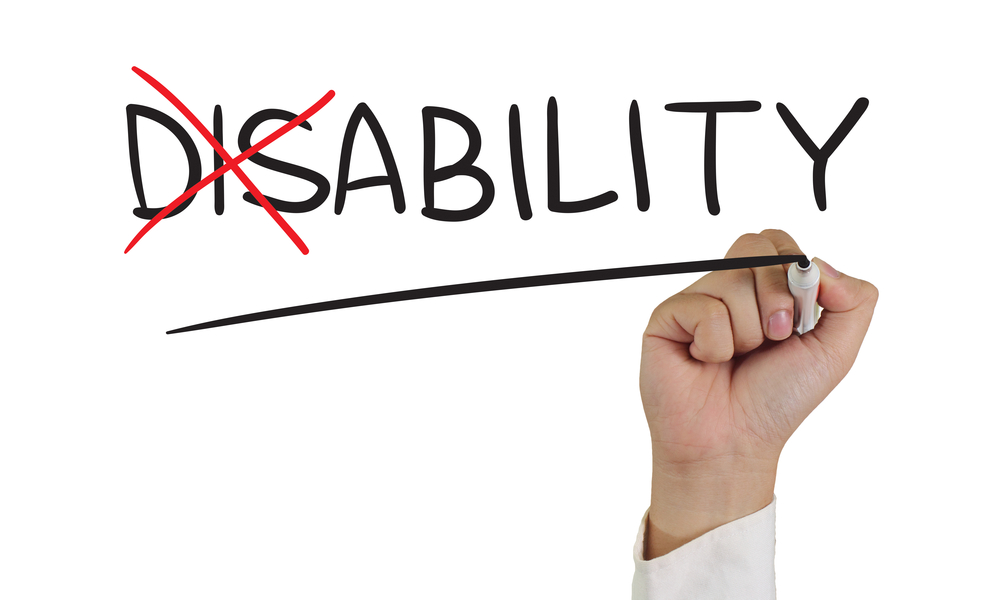 Why do you choose to sit where you do in a restaurant?

Noise levels? Away from the toilets?
By the bar?

Yes. Stay with me on this.
Just before New Year’s Eve I was enjoying dinner in a resturant; one where you choose your table yourself.

All the diners had arranged themselves roughly in the centre of the restaurant, except for one table.

Sitting in the furthest corner away from any other diners and under a loud TV was a family; two parents and their adult child who had an intellectual disability. They were distinctly separate; removed from other diners.

Now, humans are fairly predictable. We follow well-worn paths. We clump together. We struggle to be random, even when we try to be. For example, you can tell if someone has fudged their expenses because they will often include numbers ending in a zero or a five.* Yes really. Don’t get any ideas! (*Is this where I enter my disclaimer?)

I admit that there may be a myriad of reasons why this family were separate (other diners had since left or they liked the TV? etc), but I couldn’t help but wonder if they’d removed themselves because of their son?

And the minute I write that I want to correct it.
Not because of their son, but due to a fear of how people might react to them.
We naturally want to protect ourselves. Who wouldn’t?

I know too as a gay woman, how much my own public behaviours are modified to remove any chance of being hassled, stared at or jeered. You self-select your protection measures.

Insight 1: DISCRIMINATION can create ISOLATION on route to PROTECTION

There’s oodles of research out there which proves that people with intellectual disabilities are discriminated in restaurants and cafes.

Do an internet search if you want statistics. It’s real and it’s about as polar opposite as you can get from Belonging.

And within the context of our globally mobile lives, disability adds a layer of complexity. Do you admit to employers that your adult child needs to travel with you and has extra and different needs? Subsequently, you wonder if you will be as employable if the company perceives your family to have additional cost implications? For example, you need to live near health facilities or require a house with no steps etc.

So you don’t say anything, but you feel guilty. You feel guilty because what does it mean if I don’t say anything? Does it matter? Well, yeah, because it’s like I’m hiding. Does that mean I’m uncomfortable by my family’s difference? No. I’m just scared about how I will be treated. I want to be open, but if I’m completely honest, I worry that….. And so the thought cycle goes round and round. It’s exhausting.

I have a friend who works internationally in the developing world and travels a lot for work. Picture rural areas, broken pavements, pot holes, footpaths covered by market stalls, animals lying in your path, stairs not lifts etc. She clearly impressed them in her interview as she got the job. The first they knew of her wheelchair was when she entered the interview room.

Think of the emotional energy that goes into removing the chance for discrimination. The excitement you feel at getting an interview takes a hit when you imagine the potential discrimination and previous experiences of ‘not suitable for the job’. You try to work out how much it matters to you; whether or not you want to ask for the disability assistance that’s available for the interview. NO, let’s remove all chance of discrimination and just turn up. This protects you emotionally whilst holding the uncertainty of how it will be received. That’s all before you even get to the interview.

That’s a lot of emotional energy that could be redirected into more positive things.

I’m not sure that people who are resistant to diversity realise that inclusion is going on all around them. They just don’t see it. And in many way they’re not meant to. It’s not for them.

It’s a bit like a hidden code – only seen by those who can read it. For example, my wife wears a sunflower lanyard when we go through airports. It shows staff that she has a hidden disability and might need assistance. A rainbow flag sticker on a cafe door shows me it’s a safe space. A rainbow badge worn by the nurse and doctor in the UK’s National Health Service tells me I’m seen.

These visual cues are so important. We all know to be careful walking near someone with a white cane. It is no effort for us, but makes the world of difference to that individual.

BUT, we still need to listen and not assume that we understand the code. We all speak different emotional and observational languages….. and if we go back to those *fudged expenses (*ahem…insert another disclaimer here), we need to remember that we struggle to be random. Based on our own set of cultural and social reference points, we tend to assume that our own observations of an individual’s behaviour equals that person’s intentions. Mostly, it doesn’t.

I suspect that we’ve all stomped along that well-worn path of human predicatibility at some point in our lives.

We’ve all heard the story of the elderly ‘disabled’ person who is ‘helped’ across the road by the well-meaning but misguided champion, only to inform them that they in fact weren’t waiting to cross the road.

Only last week, after my wrist operation, the nurse said,
Wear your sling in public so people know to be careful around you.
You’ll probably get someone trying to take you across the road!

A few years ago, we were in Glasgow for my wife’s work. As we stood at the pedestrian crossing waiting for the lights to change, I saw a woman in a wheelchair coming towards us.

Oh no! Angie! There’s a woman coming towards us in a wheelchair. I don’t want her to think that we’re ‘taking the piss’.
(For non-Australian and non-British readers, this means to make a joke at someone else’s expense).

So picture this. Angie and I standing by the side of the road with Ichabod (her ‘rubber man’ as she calls him) in his wheelchair and his granddaughter, Jessicha on his lap.

The woman approaches. I now see she has britle bone disease. I’m hoping she goes straight past us and doesn’t see us. But of course no, she pulls up, right next to us to also cross the road. The five of us in a row, waiting like peas in a pod – sandwiched together between two traffic light poles.

Angie and I stare straight ahead, trying to act as though wheeling a rubber man around in a wheelchair is normal. Mind you, he’s quite life-like so people often don’t realise that he’s not real.

And then I see her.
I see her slowly turn her head to look at Ichabod. The look of surprise is palpable.
She opens her mouth to speak.

And then in a broad Glaswegian accent she says Aye, and there I was thinking I was the special one! before laughing uproarously.

I’m fairly sure I then embarrassed myself by chatting to her waaay too enthusiastically. My relief burbling out with freaky friendliness.

It is also safe to say that I didn’t ‘style it out’ particulary convincingly.

But I didn’t care. She showed me how to ‘style it out’ like a pro.

Thank you Glaswegian woman. You taught me well that day.